When we are looking at today’s society, we observe growing gaps between social classes. In Germany, journalists speak about 1.6 million kids (aged under 15) living in poverty. Other European countries show similar numbers. The EU study in 2006 had shown a total of 19 million kids in Europe living under the poverty line. It seems essential for us – especially in a highly developed nation and/or union – to take over social responsibility for these circumstances in order to improve these figures. Thus, we thought about the possibility to establish an IT-based charity system allowing an intelligent contribution of used goods in good condition: “Recycle with Love” became our motto in order support kids and families in need.

Therefore, we developed the idea of a “modern, multi-functional charity platform”: a) meeting the needs of a modern social-driven thinking (“social/charitable networking”), b) allowing to connect social strata, c) streamlining social engagement on a nationwide basis in the beginning and pan-European in the future, d) developing – as a positive side-effect – new ways of a employability and decentralised warehousing. Our project addresses different target groups to guarantee a nationwide coverage, i.e. our system includes databases for socially deprived families, institutions working on the private-public sector (prisons, women’s houses etc.) and last but not least those families contributing to the system. 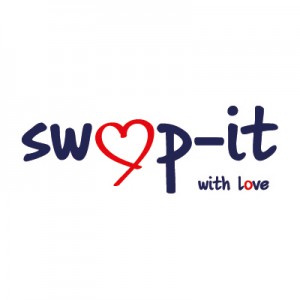